DREAM OF EUROPE is a documentary realized with NRK – the Norwegian Broadcasting Corporation that addresses the dramatic effects of European border policies. I’m involve in the documentary and I show the brutal reality of those who try to come over the Europe fences. In the series there are also two Norwegian police officers, Rolf Arne Kurti and Karoline Lynne, commissioned by FRONTEX to control the Schengen most vulnerable perimeter.

The series is closely at the humanity refugee drama, while also focusing on the political debate in the EU. Large flow of refugees are trying to challenge the European cooperation in a completely new way. UN’s special rapporteur on migration, Francois Crepeau, is highly critical of European manageability of borders. He believes that many of the EU’s actions on the borders are precautionary measures against the “threat” rather than humanitarian action to prevent deaths. 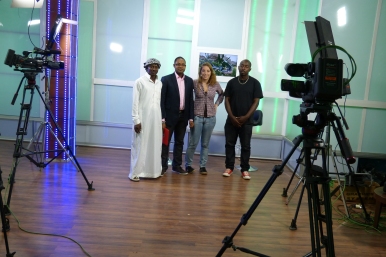