Spanish city of Melilla is at the center of a moving triangle. Outside of the edges, a strange temptation covers the adventurers’ souls.

It’s an irregular trip, pushing them across the barriers. A continuous movement, in search of the land of happiness.

Man, families on the road, minors, adventurers, migrants and people of the frontiers asking for their recognition. Breaking the silence of the night, they scream loud as a running siren. A search of existence. Their rejected identities, illegalized by formal treaties, cover their violent wounds opened in that tumultuous night. Migrant’s dream resists at the European frontier. A filament sewed by the destiny, a negated piece of the history. Hostages of the politics of exclusion, followers of their utopias are on the destination. Dealing with the time of attendance, blocked at the fortress’ port unrecognizing their presence. They transit.

I have been reporting from Melilla, the Spanish enclave in Morocco and documenting the violation on refugees and unaccompanied migrant children, who enter Spain alone, without proper documentation.

Melilla has been in Spanish hands since 1497, while Ceuta was formally transferred to Spain in 1668. As part of Spain, these territories have good links with Europe and therefore with the European Union. This situation gives rise to a number of paradoxes. The two towns are a corner of Spain in a foreign land: part of the largest and richest trading block in the world but located in the poorest continent. Surely, Melilla and Ceuta are a cultural and ethnical crossroads. The only two territories on mainland Africa, which belong to an EU member state. Ceuta and Melilla have a unique role for the African Mediterranean. The two Spanish enclaves are considered a migration gateway to Europe. 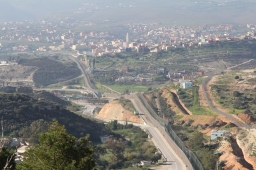 Have a look at the graphic reportage published on GRAPHIC NEWS written by me and drawn by Chiara Abastanotti. 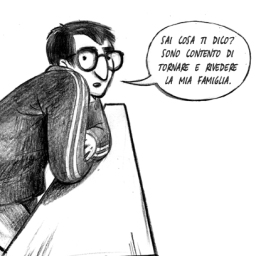 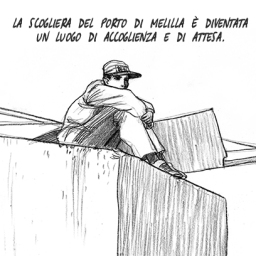